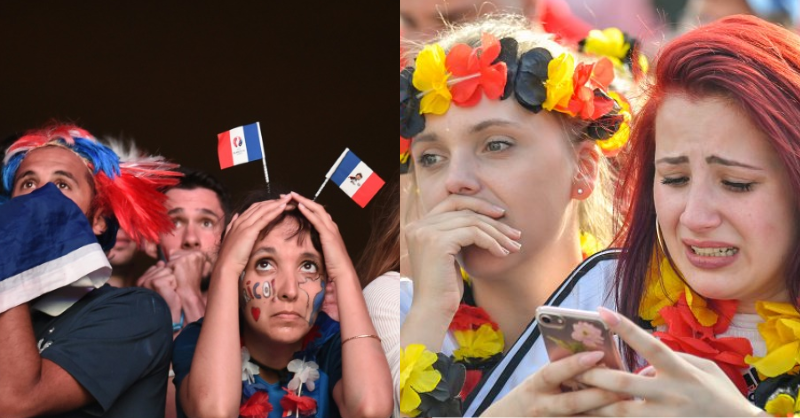 The euro's been absolutely hammered today. It shouldn't be a surprise to regular readers and/or anyone paying the tiniest bit of attention. Europe's in a mess and nobody's really sure how, when, (or even IF) they'll get out of it.

The euro vs other major currencies 👇

And the scores on the doors to save you squinting 👇

Note that Norway's Krone is likely under performing due to the strike action. 👇

Those strikes are happening at the worst possible time for European energy markets. Here's the 'usual' August pricing vs current pricing 👇

Add this to the Freeport LNG fire that we covered here 👇

Which was followed by news that the facility would be out of action for most of the year... 👇

And you've got less LNG coming from the US, supply disruptions from Norway and Russia being Russia. Needless to say, Germany's preparing for the worst... 👇

And so are the strategists at Citi. They now see an 80% probability of EURUSD parity 'in the near-term'.

Their theory is that the energy shock will have impacts on German industry, cause a fall in European stock prices, and that negative terms of trade have become more important than yield differentials. 👇

Strategists at Citi say that throughout most of 2021 the euro traded closely to differentials at the front end of the interest rate curves, but that relationship has now completely broken down. Another relationship that has evaporated is the link to bond yield spreads in periphery countries of the eurozone; the recent tightening in spreads between Italian and German bonds hasn’t supported the shared currency.

Nomura's stuck the boot in too.

Primarily, it's a Russian gas flows trade. If Russia play nice, everything could work out just fine.

But Russia doesn't really have any incentive to play nice, nor offer any confirmation of their intentions (although I'm not sure they'd go as far as cutting gas flows off permanently) so the uncertainty will continue to weigh.

And it all compounds on top of the structural issues within the eurozone that we've been blasting into your inboxes ever since Macrodesiac started:

The spreads that bind the currency union together 👇

“Monetary policy must not be driven by what are often very short-lived developments in the financial markets,”

“Unusual monetary policy measures to combat fragmentation can be justified only in exceptional circumstances and under narrowly-defined conditions.”

That's a long way from Draghi's infamous "Whatever it takes™"

Time will tell, but it's REALLY hard to be bullish the euro right now.

We put this view out in April. Give or take 20 pips, it's proven to be a pretty good roadmap 👇

Just waiting for the final phase to play out. I stand by this 👇

Nagel's comments suggest that he thinks the ECB can go to the pub and let this all blow over, so where's the incentive for the Bundesbank to negotiate/compromise?

It's hard to disagree with this fine gentleman's assessment 👇

Pain followed by a "death of the euro" Economist magazine cover which will mark multi-year lows for the single currency.

Got to admire their consistency 👇

Booms are bad, busts are good and recessions are part of the healing process Does it always have to be so... binary?

The PPT's real. But it's not a crack team of traders waiting for the call from JP to start smashing the buy button...