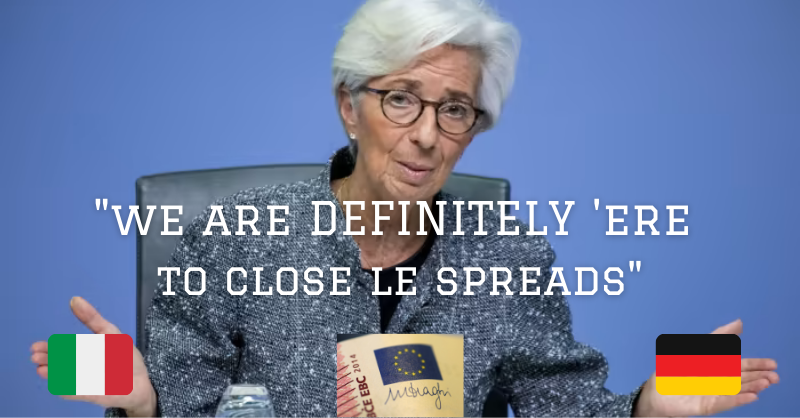 The ECB meeting on Thursday is setting up nicely.

The focus isn't really on the decisions to be taken on Thursday. The immediate policy steps have essentially been pre-announced. It's what happens next that's less certain...

At this meeting the ECB will:

And it's that last point that will be most important. So we'll leave it for last.

President Lagarde published this blog on the 23rd of May 👇

But as the expected date of interest rate lift-off draws closer, it becomes more important to clarify the path of policy normalisation that lies ahead of us – especially given the complex environment that monetary policy in the euro area is facing.

Lots of words to essentially say...

This is the problem 👇

Core inflation jumped to 3.5% in April. And because all sectors of the economy are being affected, 75% of items in the core inflation basket are now recording inflation rates above 2%.

And this is what we're doing about it 👇

I expect net purchases under the APP to end very early in the third quarter. This would allow us a rate lift-off at our meeting in July, in line with our forward guidance. Based on the current outlook, we are likely to be in a position to exit negative interest rates by the end of the third quarter.

Translated into normie speak, "very early in Q3" means that QE will end in early July, and a rate hike (likely of 0.25%) will follow at the 21st of July meeting.

Then nothing happens in August because the whole of Europe goes on holiday.

Our policymaking overlords will return to the meeting table on the 8th of September feeling refreshed and tanned, announce another 0.25% hike while proudly proclaiming that "the ECB has exited the negative rate regime" (as if it's a huge achievement to bring rates back to 0%).

And then we'll see what happens next.

That's the plan at least. We'll see how it works out in reality.

Hawks such as Holzmann, Knot, Kazimir & Kazaks are all in the "should at least consider a hike of 0.5% in July" camp. But they seem to be the minority for now.

Bank of America don't. They totally disagree with the timing and see the ECB hiking aggressively and early 👇

The exact path for the size of each hike is more uncertain, but we think consensus can be built for a 50bp depo move already in July (a very close call, but we can’t see the ECB avoiding a 50bp move by September at the latest). That should be followed by another 50bp in September. What happens then is even more uncertain.

We work on the assumption that first, they are unlikely to skip meetings and, second, after 100bp of hikes, they may want to slow down a bit before reassessing the outlook in December with a new set of forecasts.

To us that means 25bp in October and then, facing a much weaker outlook in the December forecasting exercise, another 25bp.

All of which seems reasonable. But this is the ECB, and they're not known for doing anything fast...

Stiull, if they did decide to go harder/faster, fragmentation risks are bound to emerge.

The spread of borrowing costs between eurozone nations is a key issue.

Think of Germany as the prime (lowest yield), while Italy, Spain, Greece are the junk (highest yield).

The spread between German & Italian bond yields is always monitored as THE key benchmark of eurozone stress.

On the left, German and Italian 10 year bond yields. On the right, some rules of thumb to analyse the spread between them 👇

Now, if spreads were to widen firmly into that 2-3% dangerzone, the ECB would probably respond with some calming words.

If that doesn't do the job, the ECB is supposedly working on a backup plan...

Presumably, any tool would involve buying a larger share of the peripheral bonds as the ECB reinvests maturing assets on their €8.8 trillion balance sheet...

But will the market find it credible?

Lagarde is bound to be asked about this tool in the presser. She'll probably dodge the question as usual, but we live in hope of details...

The Euro: Strength Or Weakness?

And this is other spread the EU needs to watch... 👇

Interest rate differentials are a key driver of FX rates. Further widening between US & German 2 year yields could see EURUSD heading back to the 2022 lows, and potentially parity.

On the other hand, if German yields can close the gap, we could see a euro rally, especially if the Fed were to signal a pause in their hiking cycle.

Too early for that now, and we still see the odds as stacked in favour of a stronger USD in this cycle (Fed keeps hiking above neutral) but still something to keep an eye out for...

One final risk is the French National Assembly this Sunday (12th) and next. Macron's government could fall short of an absolute majority, which would make legislation trickier to pass 👇

A minor risk in isolation, but all part of the wider picture for the eurozone, and the ability to respond to inflation and/or economic slowdown.

The energy picture is looking seriously messy. (Even more) difficult and unpopular decisions lie ahead...

🔔 Too Much And Not Enough