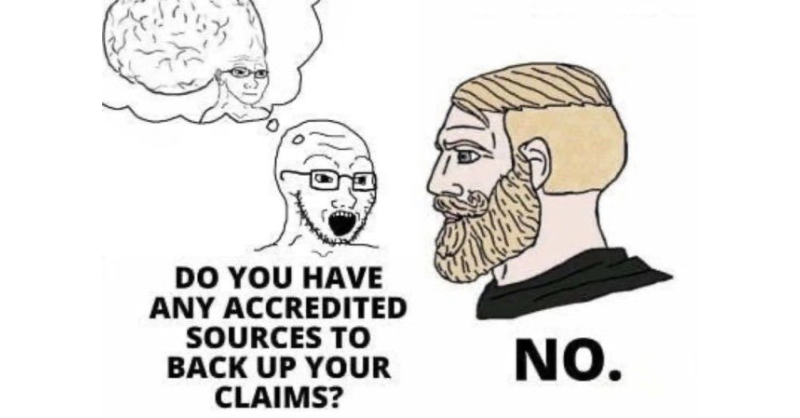 But do those ideas truly have merit?

We can simplify the main idea down to one big enemy: Time.

Alex argues that the economy we see today is the product of the monetary and fiscal policy we saw a year or two ago. 👇

"[Powell] reiterated that the lags from policy are long and variable. This is a very difficult thing to internalize no matter how many times we repeat that, it's very difficult to believe that that the policy does not affect inflation right away. "

"And right away means the lack of actual inflationary impact is between one and two years, saying that it's one year, that's generous. Now, let's everybody...  close their eyes, take a deep breath, and really try to internalize the idea, nothing we see about inflation, and job market in 2022 has anything to do with policy in 2022.
So the policy changes in 2022 had absolutely... could not possibly in any imaginable world have any effect yet on inflation or the job market"

So it follows on that the economy we'll see in a year or two will be the product of today's policy mix...

While the fiscal punchbowl is being taken away too...

It's not like there's another option. We all saw what happened when the UK proposed expansive fiscal policy... 👇

There's a co-ordinated global tightening of the economy. The outlook for 2023 & 2024 isn't bright. and Alex makes the case for the damage lasting even longer...

I think depression versus recession to me, it's not just about the depth.
I think it's just going to be longer than previous recessions, and more broad because we're having, even though as I said, I'm slightly more positive on Europe, but Europe is no matter how optimistic I can be about Europe... It's still in dire straits.

And as I mentioned earlier, I might not see a lot of problems with it.
So Europe is cutting a lot of problems, US is driving itself into the ground relentlessly. And China is kind of in trouble too. So we have three biggest regions in the world synchronously going into kind of recessionary environment.

And in the middle of happening this, as you pointed out, and as your prices are probably going to stay high, until we see dramatic shrinkage of demand so that tightening and central banks are draining out liquidity, this is a very negative situation.

And I don't know how to get out of it. I mean, over the 10 years, probably resolve it by finding alternative sources of energy, building energy infrastructure, but it's kind of like they say that which is not sustainable cannot be sustained. If there is not enough dollars to pay for energy to maintain the economy at current levels, economy will not be maintained at current levels. It's that simple.

The plan, roughly speaking, is to shrink the economy until demand falls to match the current levels of economic supply (it's hard to increase supply in a downturn, investment usually dries up).

Basically, we're looking at austerity on steroids. Give it a couple of years before we see some proper social unrest under this policy mix?

If a depression becomes a big concern, we could easily see a big government spending boom in response. I've likened the Covid economic stop to what happened in WW2. It's not exactly the same but the sudden stop and reorganisation of the economy was warlike.

This amazing chronicle by Morgan Housel explains a lot about the post WW2 economy, but we'll just focus on one part for now...

In 1946 the Council of Economic Advisors delivered a report to President Truman warning of “a full-scale depression some time in the next one to four years.”

They wrote in a separate 1947 memo, summarizing a meeting with Truman:

We might be in some sort of recession period where we should have to be very sure of our ground as to whether recessionary forces might be in danger of getting out of hand … There is a substantial prospect which should not be overlooked that a further decline may increase the danger of a downward spiral into depression conditions.

This fear was exacerbated by the fact that exports couldn’t be immediately relied upon for growth, as two of the largest economies – Europe and Japan – sat in ruins dealing with humanitarian crises. And America itself was buried in more debt than ever before, limiting direct government stimulus.

Clear parallels to draw on. Hopefully the humanitarian crises can be avoided. Europe's energy crisis and China's property/economic crisis (everything has to be a crisis nowadays, I don't make the rules) are likely to have big impacts over the next few years however.

Which is where the state-led capitalism comes in. Bit of an oxymoron I know, but that just makes it more intriguing. This Russell Napier piece has done the rounds already. It's a thought-provoking read 👇

Russell talks of high inflation and financial repression being a permanent feature now.

This is structural in nature, not cyclical. We are experiencing a fundamental shift in the inner workings of most Western economies.
In the past four decades, we have become used to the idea that our economies are guided by free markets. But we are in the process of moving to a system where a large part of the allocation of resources is not left to markets anymore.

Mind you, I’m not talking about a command economy or about Marxism, but about an economy where the government plays a significant role in the allocation of capital. The French would call this system «dirigiste». This is nothing new, as it was the system that prevailed from 1939 to 1979. We have just forgotten how it works, because most economists are trained in free market economics, not in history.

While I disagree with some of the specifics, a lot of this makes sense and echoes the post WW2 response of financial repression (low rates, high inflation) which gave rise to the American Consumer™

However, more consumption isn't the solution this time. It's more likely to be the return of productive capacity to the West (or at least away from an over-reliance on China and others who don't play by 'our' rules), a trend that's starting to gather pace lately. Back story from 2020 here 👇

One thing that I disagree strongly with Russell on. That this 👇 is indicative of a capex boom

When I see that we are headed into a significant growth slowdown, even a recession, and bank credit is still growing. The classic definition of a banker used to be that he lends you an umbrella but would take it away at the first sight of rain.

Not this time. Banks keep lending, they even reduce their provisions for bad debt. The CFO of Commerzbank was asked about this fact in July, and she said that the government would not allow large debtors to fail. That, to me, was a transformational statement.

To me, it's more indicative of moral hazard and ignorance of risk. In any case, the availability of credit doesn't mean businesses will use it to invest, especially at a time when governments are actively trying to shrink the economy.

Once we get through the volatility caused by these 👇

Maybe we'll get a government led economic expansion to drag us out of the doldrums.

Remember that all of this is enormously uncertain. Humans are notoriously terrible at predicting the future. Even if this is the route we're heading down, there could be plenty of detours along the way.

That said, now, more than any time in recent history, it's crucial to keep an open mind about what the future could hold...

🔔 When Will China's Economy Overtake The US?

The central bank told them to get their house in order. Can they act in time?