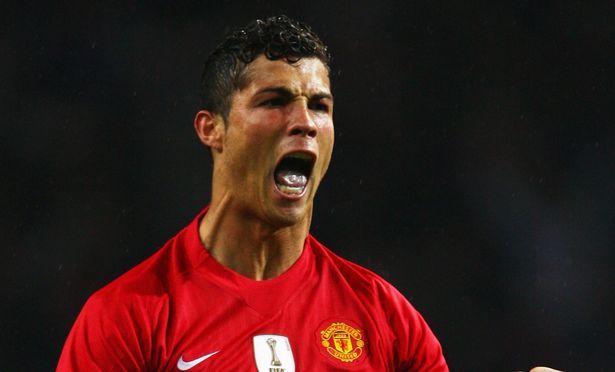 The bond market can't contain it's excitement. It's shouting about growth or inflation or recession or... Actually that's the  problem with screaming. It's really hard to understand what's being said.

Let's figure out what's going on...

Keep an eye out for this too: Macrodesiac partner Syscoin is launching a new product today at the Dubai Binance Blockchain event  👇

What's going on in bond land (and why you should care)

"What does that even mean? I don't trade bonds bro. Why should I care?"

"But that just means more QE, so infinite bull market right? I bought some ARK the other day and I'm already in the green!!"

There's a lot going on so let's break it into parts. First up, here's a 'normal' yield curve:

General economic theory 🥱 says that longer dated bonds should yield more than shorter-dated bonds to compensate investors for duration risk: A lot can change in twenty years, but not so much in three months.

In the real-world, normal is a fantasy. There's no such thing. There are market cycles, and at different points in the cycle the yield curve does different things. 👇

The yield curve looks 'normal' at the start of the cycle, then flattens mid-cycle (as central banks hike and short-dated yields catch up to growth), then inverts as economic contraction begins.

Usually, longer-dated yields are more stable. Economic growth will expand and contract in the short term. Over time it will average out to around 2% per year in developed economies.

Shorter-dated yields are more volatile because they're sensitive to the current market cycle.  👇

Current yields of  US bonds over different durations: Shorter dated bonds yield less, but after 1 year it starts getting a bit weird.

The differences between yields over different timeframes are seen as a proxy for different views of the market, e.g

Two years from now that 3 month interest rate will be much higher but the 10 year will stay still. (2 Year/10 Year)

The 2 year/10 year spread inverting is associated with recession within the 12/18 months after the inversion takes place.

Fed Chair Powell's not a fan of this metric. As reported by Bloomberg:

Reading the two-to-10-year spread, it’s “hard to have some economic theory on why that would make sense,” with regard to predicting a recession.

“We of course look at it. I wouldn’t say I don’t look at it. I do. But I tend to look at the shorter part of the yield curve. It’s just one of the many things we look at.”

“Frankly,  there’s good research by staff in the Federal Reserve system that really says to look at the short -- the first 18 months -- of the yield curve,”

“That’s really what has 100% of the explanatory power of the yield curve. It make sense. Because if it’s inverted, that means the Fed’s going to cut, which means the economy is weak.”

Which suggests a 5s30s or 2s10s yield curve inversion now is unlikely to stop the Fed from hiking...

Ever since since they ditched the transitory tag, we've been monitoring the Fed's increasingly aggressive pricing with Macrodesiac Premium members.

Time to panic and sell stocks?

Goldman Sachs: “As the shift in the risk moves much more towards inflation, equities are at least relatively speaking more attractive, they’re a real asset, the dividends will grow over time with inflation,”

JPMorgan: “Recessions don’t typically start ahead of the curve inverting, and the lead-lag could be very substantial, as long as 2 years,”

“Further, over this timeframe, equities tended to beat bonds handsomely,” they said, adding that the peak in equity markets historically takes place around a year after the inversion.

"Real rates are staying very accomodative, which tends to go against the recession trade. They averaged +200bp at the time of past curve inversions, vs current negative. One doesn’t tend to have a recession from the starting point of outright negative real rates"

And to be fair to them, it's a strong argument. Even though bond yields are increasing, they're still waaaaaay behind inflation (real rates = nominal yield minus inflation).

For now, inflation is dominating everything and trying to find those inflation-adjusted returns is the name of the game.

However, more companies are starting to guide earnings negatively 👇

And there are fewer guiding positively 👇

And people are tucking away less in their savings each month...

None of these data points alone suggest an imminent recession, but the market is forward looking and the risks are mounting. Talk of a US recession this year seems premature, but 2023 looks increasingly likely.

An aggressive Fed's looking to hike 50bps at the next meeting, potentially start QT at the same time while still hoping for a "soft landing".

It'll probably be too much for markets (and the economy) to take.