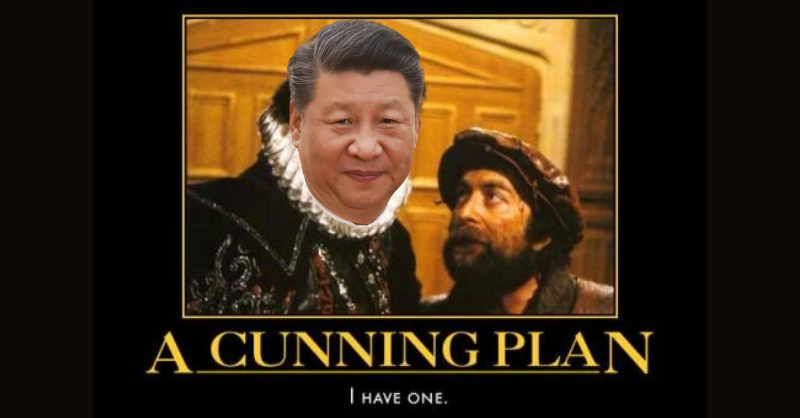 The big day is just six weeks away. What's China going to do about their economy, Covid policies, the property crisis, broken growth models, relationships with the West and Russia/Iran...? Basically everything.

China's ruling Communist Party will on October 16 hold a high-level meeting at which President Xi Jinping is all but certain to be given an exceedingly rare third term at the helm of the world's second-biggest economy.

The once-every-five-year congress will also likely see a partial reshuffle of the party's supreme governing body, the seven-strong Politburo Standing Committee, even though Xi has centralized a great deal of power — crucially on economic matters — over the last decade.

The guys at MacroPolo have dubbed it "The Most Consequential Political Event of the Year". It's hard to argue with that. US mid-terms are definitely second fiddle to Chinese politics over the next couple of months.

"...we find that Xi has secured what amounts to a “super majority” in the upcoming Politburo—the 25-member body at the apex of political power—all but ensuring his third term."

It's all about trust (or a lack of it?). As the old boys retire due to age limits, their protégés replace them. Maintaining groupthink/loyal allies is a key part of the process. If you want to dig into that there's tables and everything. 👇

However, the economic vision is the main focus for markets. And that's far more up in the air than who will be appointed to the standing committee.

If you've been reading Macrodesiac for a while, you'll have seen us mention this many times, but the property market is by far the biggest issue right now.

The property situation is definitely in the realm of common knowledge now. Everyone knows about it. Despite lots of promises and announcements, it's really not clear how Beijing plans to resolve this. It looks more like damage limitation than anything else 👇

There can be little doubt that the days of China's economy growing at 6%+ are long gone (and the figures/measurement have always been questionable in any case).

It looks like GDP growth from the property sector and infrastructure spending is over. The FT did a good job of summing up the issues 👇

Local governments, which financed their investment activities largely by selling land to property developers, are finding it harder to repay and service huge debts. This is mostly because developers now have little money or appetite to buy the land. Almost 20 of them are in such dire financial straits that they have defaulted on bonds in the offshore market this year.

This dynamic is having knock-on effects. Local government financing vehicles — the thousands of poorly-regulated funds owned by city governments all over the country — are burdened by “hidden” debts that Goldman Sachs has estimated to total Rmb53tn ($8.2tn) — or 52 per cent of gross domestic product — at the end of 2020. Beijing is urging local governments to clean up such “off balance sheet” borrowing, with the result that LGFVs are reining in their horns.

The result is that fixed asset investment, which funds the construction of city precincts, roads, railways, ports and a thousand other pieces of infrastructure, has slumped precipitously this year, robbing the economy of one of its main drivers. From January to July this year, FAI grew at just 5.7 per cent — compared with an average of 17.87 per cent between 1996 and 2022.

Now, this might not be a bad thing. There's no point just building new things unless you're simultaneously growing prosperity and other economic activity.

So how do you replace a property sector that's roughly a quarter of the economy?

The first step is a shifting focus to support households and try to get them spending again. The central government will also need to step up support to local governments while they figure out the true burden of the hidden debts.

There's every chance China's new policies will become more inward-looking too, as they pivot away from the export-led model and try to increase domestic consumption.

As Brad Setser notes in this excellent article, the high saving level (capital controls work) is a weight on growth... 👇

Will the CCP prioritise an increase in household incomes, incentivise spending and consumption, or will they look to maintain the status quo and continue doing things the old way?

Change is hard. In China's case, waiting to address this will only make it much, much harder.

The 16th of October is definitely a date for the diaries. Keep an eye out for any 'leaks' in the run up to the meeting too...

Britain is fundamentally broken. Inflation will soar this winter, everyone will be poor, and to top things off, it'll be cold, dark, wet, and depressing just like every other British winter. But...

Two jobs for every unemployed person in America? And two jobs for some of the employed ones too? "Well that's what the data says"