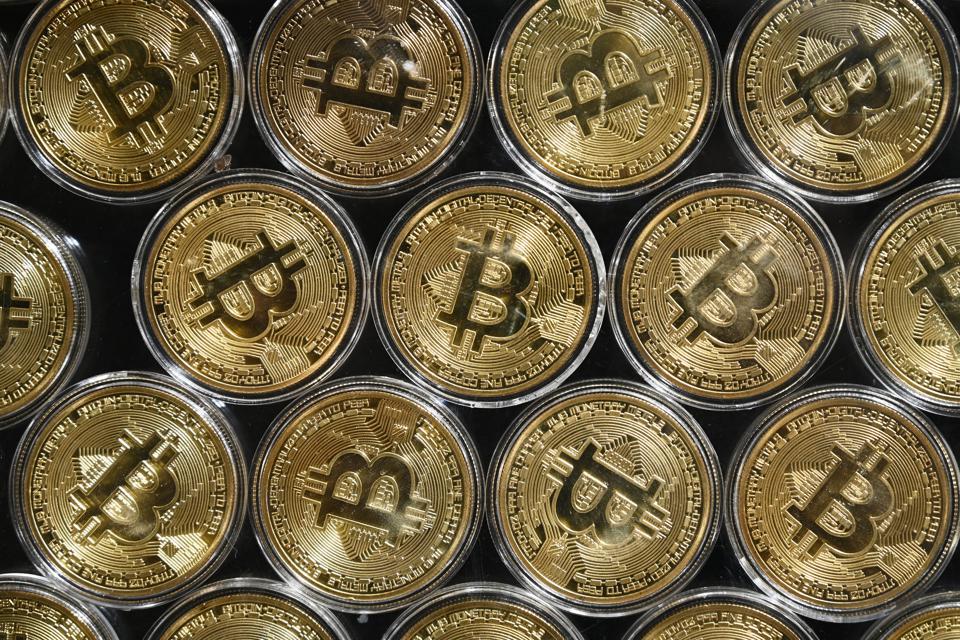 This article was first released on November 20th, 2019.

By now, you know that I come at things from a level of deep research and break them down into digestible chunks.

I think it makes for easier understanding.

I saw a quote yesterday.

Bruce Lee said it, apparently (I say apparently because people can pull the provenance of quotes from a pigs arsehole these days...).

He's basically saying that before you start something it seems really easy.

As you get into it, it seems hard.

But then when you understand it, it becomes easier.

I think it's self explanatory but I felt like explaining it anyway, just so we're on the same page.

This is in direct relation of what I want to speak with you about today.

See, I am unsure as to whether people really understand what central banks do, and what Bitcoin means for them.

I dug out a report by the central bank of central banks, the Bank of International Settlements from January of this year.

It's interesting reading to say the least...

'There is significant public interest in such a fundamental potential change, and this paper takes stock of central banks’ current work and thinking. It is based on a recent survey of central banks to which 63 responded (representing jurisdictions covering close to 80% of the world population). The survey asked central banks about their current work on CBDCs'

I think that sets the tone for what the report is about.

Let's get a bit deeper into the meat of things.

In sum, the paper discusses the three variants of CBDC highlighted by the grey shaded areas within the “money flower” above.

The first is a 'general purpose', 'account-based' variant, i.e an account at the central bank for the general public.

This would be widely available and primarily targeted at retail transactions (but also available for broader use).

The second form is a 'general purpose', 'token-based' variant, ie a type of 'digital cash' issued by the central bank for the general public.

This second variant would have similar availability and functions to the first, but would be distributed and transferred differently.

It's important to note these differences, since only one will really affect the value of Bitcoin, and that is obviously the general purpose cryptocurrency.

Why would a country want to implement a general purpose cryptocurrency?

If the extent of the decline of the use of cash exceeds the utility of still accepting cash then we'll see a greater desire for central banks to want to implement a general purpose cryptocurrency.

Can you think of a country that has seen a big decline in the use of cash?

Sweden is the prime example.

The paper states that in 2010, over 30% of respondents paid for their most recent transaction with cash, versus just over 10% in 2018.

When I think of my own money habits, the only times I really use cash is when I pay my cleaner...

Electronic payments beyond cards (specifically, a mobile payment system called “Swish”) have recently seen a significant increase in Sweden, but usage is markedly lower among the elderly (Graph B).

The Riksbank notes that some in society, who may have access only to cash, including the elderly and other more vulnerable groups, may need a simpler, more user-friendly offering to avoid exclusion.

An e-krona might be “value-based” (ie not an account). However, the current versions of distributed ledger technology (DLT) are considered to be too immature, although they are not ruled out for the future.

The Riksbank envisages a “platform” where payment service providers (PSPs) of the e-Krona would connect and distribute the currency. Those PSPs could, the Riksbank thinks, use DLT in providing their services.

A value-based approach would be compatible with the Riksbank’s legal mandate (the Sveriges Riksbank Act), but an account-based e-Krona would require the mandate to be adapted for clarity.

An account-based e-Krona is not ruled out, but the Riksbank notes that coordination with other agencies would be necessary, and so dialogue should begin.

The next stage will be a pilot programme for a prepaid value, non-interest bearing and traceable e-Krona. This will investigate a range of possible choices to better inform the decision whether to issue a full-scale e-Krona.

I didn't explain the definitions of value based or account based.

In payment economics, a key difference between tokens and accounts is in their verification: a person receiving a token will verify that the token is genuine, whereas an intermediary verifies the identity of an account holder.

So we are talking about value based here, but the Riksbank is proposing that there is the option in the future to have account based crypto payments.

And neither was it used in the next.

Well, it means that the DLT is far too infant.

Which might be a good thing for Bitcoin if people are scared about central banks disrupting the space...

Onto the e-peso out of Uruguay now...

Again, this was a case of declining cash usage.

The project was deemed a success.

Unique digital banknotes in several denominations were issued for distribution to an “e-note manager platform”.

The platform acted as registry of the ownership of the digital banknotes. DLT was not used. In total, 20 million e-Pesos were issued, of which 7 million were distributed by a third-party PSP, which held an equivalent value of pesos in a central bank account.

Individual users and businesses, in electronic wallets, could hold a maximum of 30,000 e-Pesos (roughly USD 1,000) and 200,000 ePesos respectively.

The Central Bank of Uruguay’s legal mandate was sufficient to issue the electronic e-Peso as a complement to physical cash.

OK, here's where you may want to shit yourself.

65% of central banks are involved in decentralised currencies.

13% are involved exclusively on the wholesale side...

But what we really care about is whether they're actually doing anything practical with them.

I hate theoretical stuff because, well, it's just up in the air...

It doesn't really mean anything.

To that extent, let's take a look at central banks which are ACTUALLY experimenting with CBDCs.

The categories before this, just as a barometer, are research and study.

About 10% are piloting CBDCs.

So a handful of central banks are piloting the use of CBDCs.

That's quite a lot, considering digital currencies have only really been around this decade...

And considering cash has been used for centuries (with central banks being around a little less than a few centuries in some case - trivia, the Riksbank was the first central bank ever... and they are a trailblazing innovator in this field), this makes a very fast divergence from the status quo.

Time frames are what we really want to know though, right?

Most are very unlikely to issue either a general purpose or wholesale CBDC in the near future...

However, as with anything to do with status quo divergence, we're looking at a field in which Game Theory very much comes into play.

If global central banks see an improvement in economic indicators such as sensitivity to policy from an economy that has adopted a general purpose CBDC, it's likely that these responses will change very quickly.

See, safety of payments and payment efficiency came in at number 1 and 2 on the top motivations for advanced economy central banks to adopt a digital currency...

And for emerging market economy central banks, their top priorities are financial inclusivity (including the informal sector more), fighting financial crime and supporting the digitisation of their economies.

My view - they want to see the effects first from one or a handful of central banks before the majority make their minds up...

So what's the verdict.

Right now, there is absolutely NO THREAT at all from central banks towards Bitcoin.

No matter what anyone says, the central banks themselves are saying that they have interest, but no plans to really do anything with them any time soon.

40% have the legal framework in place to issue one right now.

Well they have no reason to.

Nothing has melted down yet.

This is known as Schumpeterian Creative Destruction.

Recessions and crises cause the unproductive sectors and components of the economy to need revitalisation and new innovating means to operate become involved.

I'd expect the pace at which central banks continue their foray into this world will speed up once markets crash...

And instead of you shitting themselves, it'll be them...

I want to leave you with a quote from Andy Haldane, the Chief Economist from the Bank of England from 2015.

The third and final option for dealing with the ZLB would be charging a negative interest rate on currency, most probably through a state-issued digital currency. This would preserve the social convention of a state-issued unit of account and medium of exchange…

But it would allow negative interest rates to be levied on currency easily and speedily.

We all know that central banks seemingly love negative rates...

And if they continue heading lower, the issuing of a digital currency may lead to improved sensitivity of the impacts of the negative rate and may counter my belief that rates will end up going higher, as we have been discussing recently.

Yesterday we dropped this article on you lovely people (premium only, but you're still lovely even if you're not premium

The Big Debate - What Actually Matters?

Biden vs Trump is being billed as THE BIG ONE. The bar has been set pretty high. What actually matters? Will the event match up to the hype?