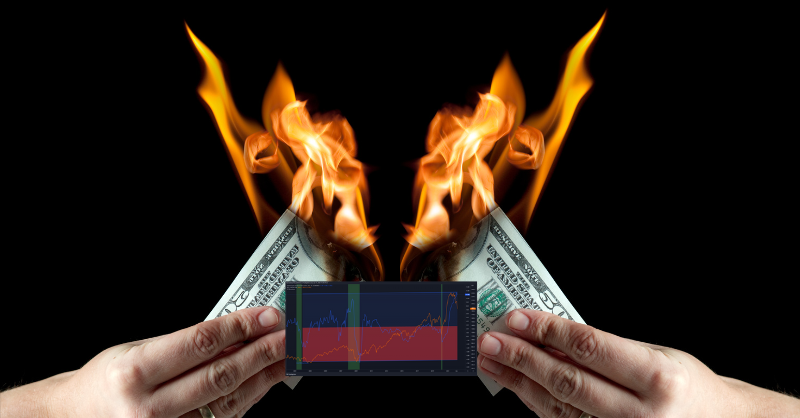 Ever wondered what links Stan Druckenmiller, the US Producer Price Index, and small cap profit margins?

Doesn't matter if you haven't, I'm gonna tell you anyway...

David shared this in the Macrodesiac channel (join) over the weekend and it got me thinking...

Now, a lower price/earnings ratio for the Russell 2000 makes sense on a lot of levels. One of those is the ever-present zombie problem we touched on last week here 👇

One fifth of the Russell 3000 isn't earning enough to cover interest rate expenses...

In the low rate regime, a lot of these firms managed to survive by taking on debt and rolling it over as rates fell. Low rates kept the debt servicing burden manageable.

... the longer inflation persists at high levels, the more interest rates will have to increase. Which means more highly-indebted companies unable to survive without making some serious cuts

Although they're technically not a small cap (yet), Coinbase has just announced that they'll shrink their global workforce by 18%, shedding 1100 employees.

Small caps don't get the same attention, but the premise is the same. Earnings get burnt up, margins shrink, costs need to be cut.

And profits are pressured from the other side too. Check out this chart 👇

That's the Russell 2000 index overlaid with the YoY US Producer Price Index (PPI) and a linear regression channel.

Some things to note:

Why focus on the small-caps? Why does this matter?

BlackRock think that the big guns will face margin pressures too 👇

Which is partly why they won't buy the dip...

So we don’t buy the dip. Why? Three reasons. First, profit margins have marched upward for two decades, as the chart shows. We now see increasing risks to the downside.

We expect the energy crunch to hit growth and higher labor costs to eat
into profits. The problem: Consensus earnings estimates don’t appear to reflect this. For example, analysts expect S&P 500 companies to increase profits by 10.5% this year, Refinitiv data show. That’s way too optimistic, in our view. Stocks could slide further if margin pressures increase.

Falling costs like labor have fed the multi-decade profit expansion. So far, unit labor costs – the wages a company pays to produce a unit of output relative to its selling price – haven't risen much.

We see real, or inflation-adjusted, wage hikes to entice people back to work. That’s good for the economy – but bad for company margins.

And it's not just BlackRock warning about this.

It's a fantastic listen, full of wisdom and well worth an hour of your time. But there's one key comment I want to highlight 👇

Oil is up, interest rates are up, and the dollar is up

By the way, that might sound a little familiar... and this has always been terrible for corporate earnings looking forward

Everything is pointing the same way. Margins are under fire from every angle.

Microsoft already warned of the impact of a stronger dollar and cut its fourth-quarter forecast for profit and revenue, but they're in a far better position to deal with this situation than some smaller rivals.

And firms that were used to passing on price hikes with little pushback might find that they struggle to do so now... 👇

While a lot of focus is on the Fed meeting tomorrow, it pays to also be aware of the bigger picture... Shrinking corporate margins amid the triple threat of higher rates, higher oil, and a stronger USD that The Druck pointed out.

The Veteran's in command today with his thoughts on the intricate craft of trading and lessons from the battlefield...

🔔 Fed Up With Inflation

Will they do 50, 75, or a gazillion? Don't guess and gamble, read our preview! And then sit it out, like anyone with any sense...