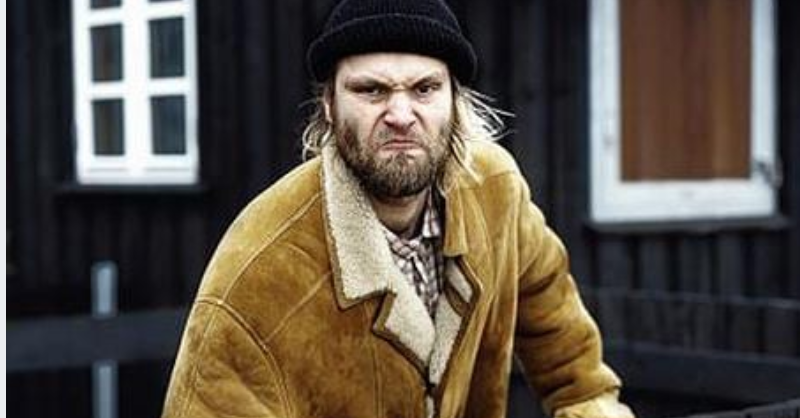 Britain has a great reputation for complaining about the weather. This year won't be any different. Except they'll have energy prices to complain about too.

the annual cost of buying wholesale energy for a year has risen by at least £500 for the typical home, if these prices persist. Annual bills now pointing well north of £5,000 and even above £6,000

See, there's an entire world of trading that retail speculators don't have access to. That's no bad thing. Energy is no market for amateurs to have a punt in, especially with everything going on in the energy world at the moment.

Anyway, back to the moaning Brits and the Ofgem price cap. What is it?

The price cap, as set out in law in 2018, reflects what it costs to supply energy to our homes by setting a maximum suppliers can charge per unit of energy, and caps the level of profits an energy supplier can make to 1.9%, protecting millions of households.

It won't offer much protection going forward. But it's worth remembering that 1.9% cap before getting all up in arms about nationalising energy providers, the greedy CEO's and so on.

It doesn't matter if the name at the top of your bill says UK Government or Bastards robbing you of every penny you earn just to keep the lights on, the amount you pay will be the same.

Because of the wholesale energy prices. The dark blue bits of these bars 👇

That chart is via Cornwall Insights, who forecast that "a typical household is now predicted to pay the equivalent of £4,266 a year for the three months to March 2023. Forecasts for the October cap have also seen a rise, going up by over £200, and with predictions for an average bill now sitting at £3,582."

Citi (via the FT) see the price heading even higher, pushing overall UK inflation to 18.6% in January!

The investment bank predicted that the retail energy price cap would be raised to £4,567 in January and then £5,816 in April, compared with the current level of £1,971 a year — shifts it said would lead to inflation “entering the stratosphere”.

“We now expect CPI inflation to peak at over 18 per cent in January,” said Benjamin Nabarro, chief UK economist at Citi. That would be higher than the peak of inflation after the second Opec oil shock of 1979 when CPI reached 17.8 per cent, according to estimates from the Office for National Statistics.

Nabarro said Citi’s new forecasts had taken account of a 25 per cent increase in wholesale gas prices last week and a 7 per cent rise in wholesale electricity prices. “Even with the economy softening, last week’s data reaffirmed the continued risk of pass through from headline inflation into wage and domestic price setting could accelerate,”

It's not just the UK either. Germany has an even bigger problem. By now, everyone knows about their over-reliance on Russian gas. This is the wholesale futures price for January 2023, mid-winter 👇

Clearly this isn't sustainable. My foxy mate sent me this which explains some of the ongoing dynamics 👇

It's a little bit technical but if I can understand it, any muppet can. One thing to know first 👇

CSS = Clean Spark Spread (The spark spread is the difference between the price received by a generator for electricity produced and the cost of the natural gas needed to produce that electricity. It is typically calculated using daily spot prices for natural gas and power at various regional trading points)

The clean part simply factors the cost of emissions allowances into the calculation.

Forward CSS is a key transmission mechanism that is seeing rising power prices drag up the TTF gas curve. As forward CSS surges, it increases the incentive for gas generators to hedge forward generation. This involves forward selling of power and buying of gas (& carbon).

In other words entirely rational generation hedging is bidding up the cost of forward gas in response to higher power prices (& CSS).

Movements in both gas & power prices are currently being exacerbated by very poor market liquidity. This is a function of:

In a market with bids spiralling higher, there is very little offer liquidity to dampen price rises. These conditions are set to continue to support extreme price volatility. Market moves are not only in one direction. For example any increase in Russian supply would likely cause forward markets to gap lower.

One key piece of information the market is searching for is some clarity on the structure of policy intervention e.g. in the form of rationing or auctioning industrial volumes.  This information is a key input into trying to quantify the volumes & pricing of required demand destruction to clear markets.

A significant portion of current forward power & gas price levels is driven by risk premium reflecting this uncertainty. Markets are used to pricing electrons & molecules based on supply side flexibility, not demand side destruction & intervention.

And this is the key point. Beyond industries that benefit from explicit government support, will companies just go 'on strike'?

SKW is the largest producer of Ammonia & Urea in Germany, both key fertiliser products that rely on gas, and AdBlue, the exhaust gas Diesel treatment that reduces Nitrogen oxide emissions. Current gas prices aren't viable so... 👇

We're on the cusp of demand destruction across Europe. German industry is on the brink of shutdowns, and UK households are lining up to break their 2009 record 👇

Although there'll be plenty of energy pain and higher prices this winter, maybe, just maybe, the current forward prices are getting too far out of line with what anyone can realistically afford to pay...

"For industries typically geared toward office work, the share of hours worked remotely was above 50 percent on average."

China's recession is imminent and there's no quick fix. This time really is different