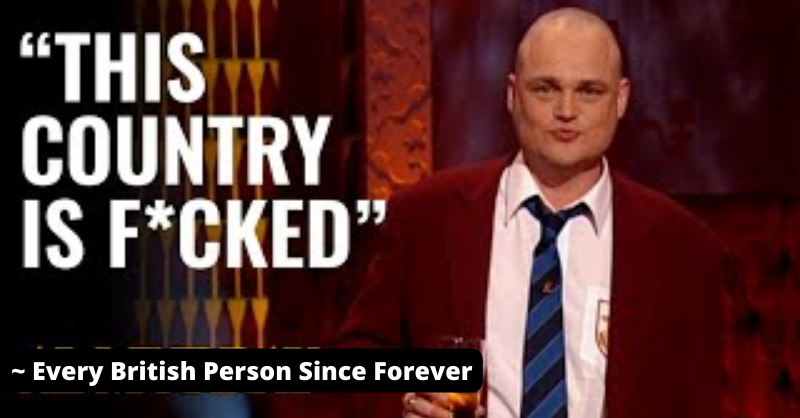 Britain is fundamentally broken. Inflation will soar this winter, everyone will be poor, and to top things off, it'll be cold, dark, wet, and depressing just like every other British winter. Proper Eeyore vibes 👇

And the sell-side analysts are piling on, all trying to outdo each other with the most outlandish worst-case scenarios. 👇

Key point there from Goldman Sachs: "if gas prices remain at their current levels"

Should we really just presume that they will? Those same gas prices that are up by over 600% since last July?

Nope. It makes absolutely no sense to use the prices of fundamentally broken markets to gauge expectations about the future of energy prices, let alone the economy.

Although there'll be plenty of energy pain and higher prices this winter, maybe, just maybe, the current forward prices are getting too far out of line with what anyone can realistically afford to pay...

Nope. These markets tell us next to nothing about the prices that will actually be paid. We asked* Britain's next Prime Minister Liz Truss (TBC, but she'll win) what she thought.

So, the current price signal's useless and government intervention is coming.

Intervention isn't usually anything to cheer, but when things break, it's inevitable.

Just as congress and the Fed intervened when all confidence disappeared from financial markets in 2008, European governments will intervene now to restore confidence to energy markets.

After the 5th September vote, the UK will have a new PM. On the 9th September, EU energy ministers are meeting to discuss a number of proposals.

Spain plans to propose their model according to El Pais/BBG.

Spain and Portugal were granted a waiver earlier this year by Brussels allowing them to break the link between gas from electricity. Prices on the wholesale markets in the two countries have been significantly lower than the rest of the EU.

Why should the UK care what happens in the EU?

Because UK/EU energy markets are highly interconnected. Even though the UK produces around half of its gas domestically and another third comes from Norway, events across the pond impact the entire European energy market, including Britain.

Within the next couple of weeks, plans will start to take shape and the extremes of uncertainty can be priced out of the power markets. A step in the right direction.

The author is pro-Brexit, but that doesn't mean he's wrong. Most interesting is that the article is centred around research by a Brexit critic, and author of this opinion piece just nine months ago 👇

Whatever may have been said by certain people during the Referendum, and whatever Theresa May thought Brexit was supposed to mean, the actual regime established by Boris Johnson for work visas and the resettlement of legal refugees is strikingly expansionary. Furthermore, it has been obvious for some time that this is the direction of travel.

“I am delighted to say that I have been proved wrong. When it comes to work visas, we have one of the most liberal immigration systems in the world,” said Professor Jonathan Portes from the London School of Economics. A fierce critic of Brexit in the past, he is arguably this country’s leading expert on the economic effects of immigration.

The open-door policy has sweeping implications for the growth rate of GDP and for the long-term sustainability of British public finances. It demolishes a core assumption of Project Fear models. It falsifies a succession of economic forecasts by global bodies and think tanks that invariably understate the UK’s relative performance and future prospects.

Clearly, the future will not be without challenges, but anyone thinking that Britain's future is as bleak as recently portrayed isn't looking hard enough.

Too soon to long GBP? Although the introduction of a new PM, energy stability and a clearer vision for the future might be enough to generate that rarest of British commodities: Optimism.