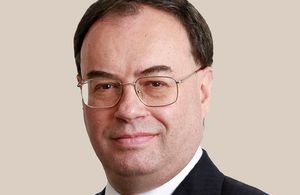 🔔 Bank Of England Hikes But "Don't Get Carried Away"

The Bank Of England hiked rates by 0.25% as expected. The biggest shock was how close they came to a 0.5% hike!

OMG HAWKISH!!! was the initial reaction, but under the surface all might not be as it seems.

ING were out early with their take:

It's clear that the Bank sees a need to act pre-emptively, and build a strong hedge against the risk of the current high inflation rates becoming embedded.

We strongly suspect that today's rate rise will be followed by more at both the March and May meetings.

Importantly, we don’t think the initial phases of the Bank’s quantitative tightening programme, which by ending reinvestments will see a modest £25bn roll-off the balance sheet, will stop the Bank from implementing further rate rises in the near term.

This was the picture ahead of the meeting:

BoE Gov. Bailey: "It would not be surprising to see another rate increase, but please don't get too carried away"

They couldn't have sounded any more reluctant to hike rates in the press conference afterwards.

The economy has only just recovered from the pandemic shock and is now faced with a cost-of-living shock and increasing interest rates.

Bailey was asked if it was the right thing to do. Putting pressure on the consumers when they're already being squeezed.

"If we don't do it, things would be much worse" was his response.

Once again, ING were out with their report.

No changes from the ECB. Just a copy-paste of the December decisions.
Now let's wait for the press conference to see whether ECB president Lagarde opens the door to faster tapering and an earlier rate hike

Lagarde didn't really open the door to anything, but she refused to close them too.

Sure enough, markets are pricing earlier hikes now and the trusty sources are squeezing their way into the limelight...👇

Central banks are tightening, speculative growth stocks are being relentlessly hammered, Facebook's on course for the biggest single day value loss ever, and all eyes are on Amazon to save the day or sound the death knell...

DAX: where ya off to?

This is probably one index that I rarely pay attention to, especially over the last few years where US equities has been where the real meat is...