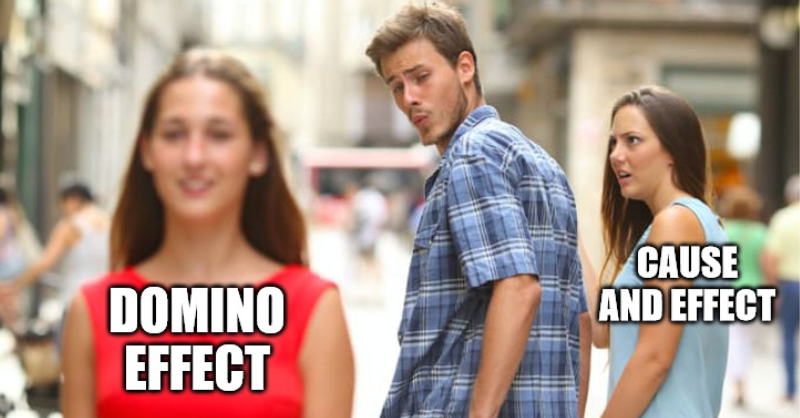 OK. Let's set the scene. Heading into the FOMC yesterday, it was clear that the majority were on one side of the boat. Risk on, Fed dovish from today, they'll be forced to cut soon.

The Nasdaq gained over 4% on the day, and a lot of those gains came before JP and the gang announced the expected hike.

The much-anticipated US recession was confirmed earlier too. Wells Fargo summed up the print well 👇

The U.S. economy contracted at a 0.9% annualized rate in the second quarter. This is the second straight quarterly decline and while that is not the official definition of recession, it will not stop talk about one nor will it do much to convince the 55% of Americans surveyed by You Gov & The Economist who think the U.S. economy is already in recession.

To be clear, we are forecasting recession, but we do not have it starting until early next year. The strength of the labor market today is the best argument against those saying we are already in recession.

And the market mood was summed up by this... 👇

Markets weren't looking especially risk-on after the cash open, but things picked up slightly later on.

Now, if you really stop and think about it, this Fed 'pivot' and recession chatter is nothing new. The S&P rally from the 3650 area was basically fuelled by that narrative.

Unsurprisingly, the Fed meeting which everyone had apparently decided in advance would be dovish, was seen as dovish, especially by the loudest in the crowd...

So, what's next? If everyone already knows the Recession = Fed Cuts narrative, that's NOW, not NEXT...

And where's the edge in trying to trade something everyone already knows anyway? Howard knows best 👇

In order to outperform, by definition, you have to depart from the crowd. You have to hold a different position. And you have to have resolve to do it.

Which means that cause and effect ('first order') analysis won't get the job done. We need to go a level deeper, and look at these kind of domino effects 👇

First-level thinking is simplistic and superficial, and just about everyone can do it (a bad sign for anything involving an attempt at superiority).
All the first-level thinker needs is an opinion about the future, as in
“The outlook for the company is favorable, meaning the stock will go up.”

As always, the full note is worth your time.

Is this one of those times when the crowd's wrong?

Will the supposed 'Fed Pivot' (Recession = Rate Cuts) turn out to be a 'first level' error?

A phrase I hate, but economists LOVE is cetirus paribus. It's latin for 'all else equal'.

You can argue anything by assuming that everything will stay the same except for that one thing you're looking at. It's the perfect tool for a theoretical world.

And that's how I see the Fed Pivot™.

"All else equal, the Fed will cut sooner rather than later because that's what they do"

No. It's what they've done in the past, and all else is a LONG way from f**ing equal right now. If inflation was still low, I'd be more on board with this thinking.
But it's not, so I'm not.

And, although this IS a technical recession, the headline data might be over-stating it. Especially the inventories as covered by @JoeBrusuelas 👇

“We took another look and sure enough Q2 GDP expanded at a 1.1% excluding inventories. Thus, perhaps we are caught in a mild inventory correction, much like what occurred in the American economy two decades ago from March 2001-November 2001.”

“Inventories provided a 2% drag on overall growth. At worst the US economy is ensnared in a mild inventory correction. Discounting to follow & some relief on inflation.”

Which makes me wonder if the economy (and inflation) will be slowing fast enough for the Fed to confidently take a step back.

One thing that Powell mentioned in the press conference really caught my attention.

Historically, there have been multiple negative GDP quarters that didn't amount to much due to strong employment. Basically, negative GDP growth for a quarter or two which the economy just sailed right through before growing again.

In fact, he mentioned strong employment multiple times. It's a lagging indicator, and when employment finally starts to go, that's when the business cycle is truly ending.

Bear in mind that the economy added 2.7 million jobs in the first six months of 2022.

Now, the US is currently beyond that point with a 3.6% unemployment rate.

Why should I care about the natural rate you ask?

Because it's a guide for how many job losses could be 'required' to rebalance the economy.

At the top are the figures that give the current 3.6% unemployment rate.

If we assume that the workforce doesn't change size at all from now (big assumption but bear with it), the middle column shows how many job losses would be needed for a central bank to hit their 'natural rate'.

This could also be 'achieved' by more people returning to the labour force, but it's not clear where they'll come from. Prime age employment is high and how many people will realistically unretire?

Anyway, the economy hasn't even started shedding jobs yet. And financial markets have barely felt any real pain or fear.

Even if Europe's successful in keeping the lights on this winter, almost everything they produce will be more expensive due to the energy costs.

China's housing market is collapsing and dragging the economy down with it...

Where's the risk aversion? It's been a token gesture so far... 👇

Maybe the 'bottom is in' and I'm completely wrong. But I'm really not so sure. to be honest, that's usually a good thing.

If I ever get too certain, or it all feels too simple, a quick pep talk with myself will sort me out.

"Admit it. You don't know what you're doing"

What am I thinking now?

I was chatting with Tim the other day and I said to him that my main goal for each day is to end up having to do nothing and having to think nothing. Because that means you're doing something right.

🔔 This Ain't Your Daddy's Inflation

...an open-minded and skeptical view of the world, in which economic theories are seen as tools to aid understanding rather than as bodies of received revelation.