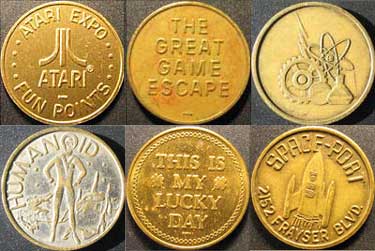 Ever have a question that just keeps coming back to you? You think about it a bit, move on to something else and then it creeps up on you again another day...

One of those questions that's regularly bothered me is:

What's crypto going to become in the end?

I mean, even Japan are getting in on the act now 👇

A gold-backed stablecoin and a cryptocurrency that will allow for instant settlement and save on transaction fees...

The new digital currency to be issued by the Japanese bank is a kind of stablecoin tied to the value of Japanese yen. This cryptocurrency will allow the bank to streamline and accelerate its settlement process, given that it will be instantaneous.

Settlement of securities transactions by regular currency takes a couple of days now and costs tens of millions of dollars a year in Japan.
The use of stablecoin is expected to eliminate such costs.

Instant settlement is pretty groundbreaking stuff, but (Zipang) the gold-backed stablecoin? Not so much.

On the plus side, the value of one ZPG will be equal to one gram of gold instead of one troy ounce. Can't build a new monetary world and still measure physical things in pre-metric terms. That would be cray cray.

Anyway, according to JP Morgan, the overall stablecoin universe is now worth $170bn and could reach $700bn in five years "if one assumes increasing usage of stablecoins for payments" 👇

Especially if one reads this report from researchers at the NY Fed...

It's pretty concise. The key takeaway:

We already have an efficient form of digital money; we just need to adapt it to a new environment.

Central bank actions over the last century have resulted in a well-functioning banking and payment system.
Why not take advantage of that, and issue tokenized deposits?

While a number of practical details would need to be worked out, the principle behind tokenized deposits is straightforward.

Bank depositors would be able to convert their deposits into and out of digital assets—the tokenized deposits—that can circulate on a DLT platform.

Which isn't all that different to the system the BIS paper laid out in 2018:

So.... Is EVERYTHING going to be tokenized?

A couple of ideas came together. One was the concept of mass tokenization...

Balaji: So the DeFi matrix is all versus all, all assets versus all. The order book tells you how prices are determined. When I mentioned that future states will have subscription versus inflation, all currencies are going to compete against all other assets. And cities will also be able to issue their currencies alongside states.

So issuing a currency will become a new business model. It already has been. The currencies of companies and cities and countries and communities will trade alongside digital currencies in one gigantic thing.

Now, I like listening to these things with an open mind. But convenience usually wins in the end, and running around with a load of different currencies in a digital wallet for everyday life sounds soooo impractical.

Hyper-competition of everything would surely be Mad Max levels of unstable at some point too...

However, the idea of company currencies is interesting. More specifically company tokens.

Most of the time, you can’t really own a fractional share of stock. Schwab slice a stock certificate in half and give you one half. But this is not really a problem because you don’t own any shares anyway.

If you buy stock in a brokerage account, the stock will ordinarily be “owned,” in a technical record-ownership sense, by a weird company called Cede & Co. whose job is to own all the stocks on behalf of all the brokers.

Who is the Depository Trust Company (DTC)..?

Established in 1973, it was created to reduce costs and provide clearing and settlement efficiencies by immobilizing securities and making "book-entry" changes to ownership of the securities.

Literally all of the things the DTC solved in 1973 could easily be solved (again) by converting stock certificates into instantly tradeable tokens.

Especially when you consider how complicated it is to actually 'own' fractional shares.

[Fractional] only works because you don’t own the shares you have at Schwab, because Schwab doesn’t, have a stack of stock certificates in a vault with your name stamped on them. Your share ownership consists of just a number in a database on Schwab’s computers, and if Schwab wants to make that number floating-point that’s Schwab’s business.

For another thing, most of the time, you can’t really buy a share of fractional stock, like on the stock exchange. What happens if you come to Schwab one day and say “I would like to buy half a share of Amazon”? Schwab can’t go to the stock market and buy that half-share.
It could buy a whole share, for $1,794 or whatever, and then sell you half of it, assuming the ownership problem is solved.

What if... In our dystopian tokenized future, you could easily own fractional shares in your favourite companies and freely/instantly trade them in any fractions you wished.

Even better, you'd actually OWN the shares in the company rather than relying on the intermediary broker, Cede & an ancient DTC.

Which would mean that instead of keeping savings in the bank, you could be permanently invested and simply withdraw funds from your 'savings' by instantly selling some Tesla tokens whenever you needed to pay for anything unexpected. Low transaction costs, no early withdrawal penalties.

Maybe I'm getting carried away. Maybe putting it all permanently in stocks isn't the wisest decision, but tokenization definitely opens a whole world of possibilities...

Even though many crypto projects are poor quality, pure hype, or even outright scams, it still pays to keep an open mind. This is a technology that will break down barriers and could challenge every concept of "Oh, that's just how we do things"

Trains used to have massive buffers on the front. Everyone assumed this was to stop the trains if they crashed into anything and that's just how trains looked/worked...

Then an engineer was tasked with making faster trains and actually asked what they were used for.

Turns out they were a relic from the time when trains were shunting freight carriages around rather than transporting people.
Which is why trains look more like this now 👇

All started by someone questioning a widely-held assumption...

The AMAZING jobs report that was actually pretty meh. The data's not your friend. It can't be trusted...

🔔 The Rocky Balboa Of Businesses

The Veteran's found the Rocky Balboa of businesses, but how much is it worth...? (Includes Bonus Rocky Music)