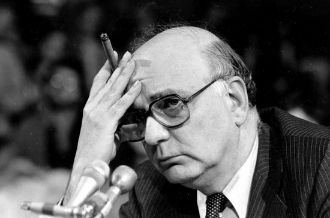 🔔 A Dovish Hike To Buy The Dip

FOMC meeting later, and the Fed has telegraphed everything they're going to do:

So why is anyone worried...?

Macrodesiac partner Syscoin has listed on Huobi & KuCoin!
Get involved & win a share of 100,000 SYS 👇

Chatter about a dovish hike to get long (stocks, long bonds, maybe even ARK) has done the rounds... But over what time horizon?

It makes sense that this kind of event risk creates caution. Who wants to get caught with their pants down (or long some shitty tech stock) if Hawky McHawk Bullard somehow rallies the troops and pushes a 75bps hike through?

It also makes sense that we could see some kind of risk relief rally after the event (if all goes as expected), assuming the Fed policy path becomes more certain.

JPMorgan say a stock market rebound is due: "fears are overblown" and US economic growth  “is being dented but not derailed” 👇

Which is all well and good, but the stronger the economy, the more aggressive the Fed will need to be...

According to CME's FedWatch & FF futures the Fed Funds rate will be above 2.75% by the end of the year. 👇

Eurodollars tell a similar story, maybe the other side of 3% 👇

Markets haven't really begun pricing a sequence of cuts yet however.

What to expect from the statement

From the minutes of the last meeting 👇

Balance sheet runoff may not start immediately, although strong guidance is expected.

One dissenter on the hike decision would be no surprise. Bullard's been very vocal about getting rates back to neutral ASAP and above neutral (3.25-3.5%) by the end of the year. He was also the first to float the idea of a 75bps hike.

More dissenters is a possibility, and this would be suggestive of a growing hawkish contingent ready to go big rather than go home which could spook markets.

Whatever happens, the Fed is sure to hike 'expeditiously' (as they keep saying) in order to slow the economy and bring inflation down.

With recent data coming in respectably, inflation still high, JOLTs at record highs, and the Employment Cost Index hitting 1.4% last week, growth concerns are unlikely to be a factor at this meeting.

Any signs that the economy is slowing somewhat are exactly what the Fed wants to see for now (to deliver the mythical 'soft landing')...

Financial conditions are starting to tighten too, but these aren't at levels that are likely to concern the Fed yet.

The FT ran with this earlier today 👇

But that distressed debt is doubling from very low levels...

Some investors remain sanguine about the risks ahead, noting that many lower-rated companies have taken the opportunity to raise cash, extending the maturity of their debt and making them less reliant on new money.

However, UBS analyst Matt Mish noted the number of companies that face elevated borrowing costs increases sharply for bonds trading above an all-in yield of 10 per cent. More than 8 per cent of the US high-yield bond market is now above this level.

“The weakness is broadening out,” he said. “It tells you that at the margin, this is not just a rates issue, it’s also a credit issue. There are not many companies that can finance at north of 10 per cent for a sustained period of time.”

We've discussed credit markets frequently with Macrodesiac premium members. Genuine stress & weakness here, rather than in equities, will be the red flag that could cause the Fed to pivot.

For the presser, Powell has to do his Goldilocks routine again. Not too dovish, not too hawkish.

He's unlikely to rule out a future 75bps hike entirely, but anything that suggests a consensus around hitting 2.5% (roughly neutral) by the end of the year could be seen as dovish and prompt (at least) a short-covering rally.

The scary thing? It feels like everyone expects a dovish hike. Even though this is merely a reflection of the Fed's guidance, contrarian alarm bells are ringing.

Could this be Powell's 'Volcker' moment?

Probably not. If you want entertainment, Fed meetings aren't usually your best bet. Under present circumstances however, it's remiss to rule anything out entirely.

If Only Amazon's Earnings Hadn't Been So Terrible... | Average Abuse Must End | RBA Finally Hikes Rates

🔔 The Masters Of Messaging

How to announce "the fastest hiking cycle in decades" yet still be perceived as dovish...